There is an important notice for Winchester Office. Click here to learn more.

“I am a firm believer in the idea that the root cause of the so-called Health Care Crisis is actually a Health Crisis, caused by the social, economic and media-imposed pressures of American life. The most important ways to improve the health care delivery system and the health of the country, in general, are through advocacy for healthier lifestyles and a sensible, evidence-based allocation of resources.”

In his spare time, Dr. Duck enjoys watching his two daughters play soccer. He is a passionate supporter of the Blue Ridge Youth Soccer Association and the Winchester United Travel Soccer Club. He is an avid participant in many forms of outdoor activities including trail running, mountain biking, kayaking, hiking, and camping.

His other interests include Luthiery (guitar making) and Home Improvement. Dr. Duck resides in Frederick County, Virginia with his wife, Leda, who is a pediatrician, his daughters Abigail and Olivia, and his dogs, Jinji, and Sissy.

Dr. Duck is the founder of Valley Family Practice & Internal Medicine (VFP), a recent addition to the Privia Medical Group family of practices. He started VFP in 2004 after completing his Residency in Family Medicine at the West Virginia University Rural Family Medicine Program in Harpers Ferry. He has practiced outpatient primary care medicine since then, expanding the practice to three providers.

Dr. Duck grew up in suburban New Jersey where he excelled in math and science. He entered the University of Virginia Echols Scholars Program as an undergraduate in 1986 with plans to become an astrophysicist. His love of Biology and his desire for more interpersonal contact, however, led him to pursue a Premed curriculum instead. He received his BA in Interdisciplinary Studies in 1990 and, after a year working as a substitute teacher and High School Soccer Coach, returned to the University of Virginia for Medical School, earning his MD in 1995. From there, he traveled to the State University of New York at Stony Brook, where he completed residency training in Obstetrics and Gynecology, serving his last year as Administrative Chief Resident.

Dr. Duck has held clinical appointments in the Department of Family Medicine at WVU and as the Clerkship Director in the Department of OB/GYN at the WVU-Eastern Division School of Medicine. He is Board Certified in Family Practice and is a member of the American Academy of Family Physicians. He served on the Executive Board of Clinical Coordination Services, which was the area’s first Accountable Care Organization.

After two years of OB/GYN practice, during which time he and his wife, Leda, started a family, he decided that a career change was in the best interest of his young daughter and would better allow him to be impactful in people’s lives and health, so he re-entered residency training in Family Practice in 2001.

Dr. Duck enjoys providing care to all the members of the families in his practice, regardless of age. In fact, many of these families span four generations. He has a strong interest in Preventive Care, Evidence-Based Medicine, and Population Health.

Other providers at Valley Family Practice 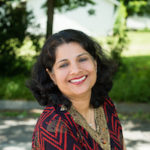 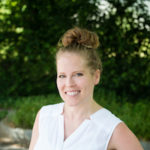 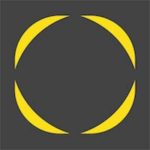